Frank Castle hasn’t been one of the lucky Marvel franchises in Hollywood.  There was the abysmal 1989 Dolph Lundgren vehicle that we’d all prefer to forget.  The Thomas Jane movie was close and divides many Punisher fans to this day.  Then, there was Punisher War Zone, which I personally felt was a true adaptation of the Ennis Punisher to the big screen.  Unfortunetly, it didn’t do so well at the box office.  Now, Marvel seems to have shifted Frank over into its plans to conquer television along with AKA Jessica Jones (an adaptation on Bendis’s Alias) and The Incredible Hulk (who has also found no love on the big screen).  Former Criminal Minds showrunner and ex-Chicago cop Ed Bernero is heading up the latest venture for ABC Studios (ABC is owned by Disney, which bought out Marvel Comics) with a ‘put pilot’ guarantee (meaning a guaranteed airing) from Fox.

This adaptation seriously alters Frank Castle’s origins.  In this new, one hour procedural, Frank is a NYPD detective rising through the ranks.  He becomes dissatisfied with results of working in the system and begins to moonlight as a vigilante at night.  Essentially, it sounds like Dexter with less CSI-ing.  This also puts into question on the status of Frank’s home life.  As we Mighty Geeks know, the comic book Frank Castle wages his war on crime due to the death of his family who were caught in the middle of a gangland shoot-out during a family picnic in the park.  Will TV Frank carry the emotional baggage of loosing his family to such violence?  Also, what of his status as a vet (which should be easy considering the warfronts available the past ten years)? 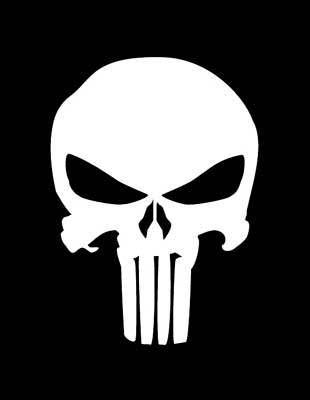 Even more important, will this catch on with viewers?  Previous comic book TV fare has begun to dwindle in the live action market.  NBC’s Heroes was an instant hit, but started to run out of steam by the second season.  More recent attempts No Ordinary Family and The Cape failed to last past their first season.  Fox itself just cancelled Human Target which was another show, much like the proposed Punisher, devoid of superpowers.  The same network is also developing the DC property The Spectre, which could also include a police detective, though with an admitted supernatural twist.