R: What are you doing, Batman?
B: What does it look like I’m doing, Robin? I’m sending an email to one of my enemies.
R: Are you having trouble?
B: Trouble? Bane shattering my spine is trouble. The Joker poisoning Gotham’s entire water supply is trouble. My parents, killed before my eyes. That’s trouble. This? I think I can handle this.
R: Are you sure?
B: I have it under control. Go back to your training.
R: Because it looks to me like you’ve been struggling with that email for fifteen minutes…
B: I haven’t–it’s been five minutes at most.
R: …and we both know that sooner or later you’re gonna ask me to come down and help you with whatever you’re trying to do, so you might as well tell me now while I’m here and save us both a lot of time.
B: Fine. I’ll allow you to assist me on this, Robin, but only so you can go back to your training.
R: Whatever. What are you trying to do there?
B: I want to add an image to this email.
R: You want to attach an image?
B: No. I want an image to appear at the end of the message.
R: That’s called attaching an image, Batman…
B: No, no. Look. You know how every time Batgirl sends one of those email forwards there’s a drawing of a unicorn under her signature?
R: Yeah. You wanna add a unicorn to your signature, Batman? 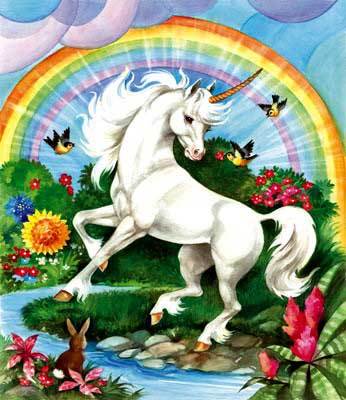 B: No! I want to add a little Batman symbol.
R: Okay.
B: You know, a shield. A yellow oval with a bat in it?
R: I’ve seen it before.
B: I have the file in my computer, but I don’t know how to put it there.
R: It doesn’t appear at the end of the email if you attach it?
B: No, it shows up as an attachment. I’ve sent myself five test emails so far. I need to send this ASAP.
R: And you can’t send the email without the little picture?
B: How will he know it’s me?
R: You can’t just write “Batman” at the end?
B: Anyone can write “Batman”.
R: Right, and a picture of a unicorn will prove conclusively that it really is you.
B: It’s not a f–look, can you do this or not?
R: Okay, uh… let me see here… first of all, why are you still using Yahoo? 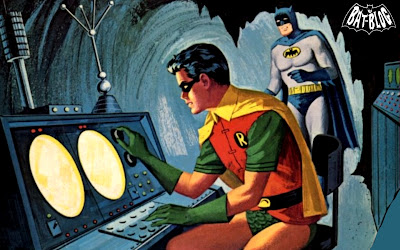 B: Do you know how much it cost me to get the batman@yahoo.com address? I’m not going to give that up just because everyone else has moved on to Jay-mail or somesuch.
R: Yeah, I’m actually not sure how to do this thing, I thought they just showed up if you attached them.
B: I’m telling you they don’t. Five times I’ve mailed myself and nothing.
R: Okay, let’s do this: let’s get on of Batgirl’s forwards… any one of the twenty she sent last week will do… and then we replace the unicorn with the bat image.
B: What are you…? Robin, no! You’re supposed to forward that message to everyone you love! Deathface is evil, I don’t love him!
R: Easy, Batman. We’ll just replace the message with the one you typed in the other tab…
B: …so that’s where it went…
R: …and then we replace Batgirl’s entire contact list with the address of your enemy. Wait, www@DeathFace? Are you sure that’s his whole address?
B: Yes. That’s what my sources tell me.
R: No, that can’t be right.
B: It is. My informant was in no position to lie.
R: Wait, okay, I see…
B: He was hanging upside down.
R: That’s his Twitter account. They gave you his Twitter. We’ll have to get Deathface’s email from elsewhere, let me just Google him… There’s his Youtube channel. Okay, his Facebook profile is public.
B: I don’t understand a word you just said.
R: Here we go: marvin.roberts@deathface.com.
B: Yes, that’s the name my informant gave me, as I punched him.
R: Okay, so we just paste his address here… Did you see how I did that, Batman? Are you paying attention?
B: I punched him while he was upside down.
R: And it’s sent. Done.
B: Good job, Robin. Can I see what the email looked like?
R: Sure, we go into the “Sent” folder and… Oh Jesus.

B: GODDAMMIT, BOY! You’ve made me look like a fool!
R: Wait, calm down! He won’t know it’s you! He’ll probably think it was sent by Unicorn-Man or something.
B: Of course he’ll know it’s me!! It was sent from batman@yahoo.com!!
R: So then why did you need to put the freaking bat logo at the end?!
B: Because I thought it would look cool, okay?!!
R: …
B: I thought it would look cool.
R: I’m sorry, Batman.
B: I have had it with this nonsense. You can cancel my Internet, I’m going back to writing letters.
R: Does that mean you’re not gonna use the computer? Because I…
B: Go to your room.

« Amazon Takes on Apple iPad with Kindle Fire. “Two Tablets Enter…” » Reed Hastings Makes Up His Mind about Netflix and Qwikster …For Now